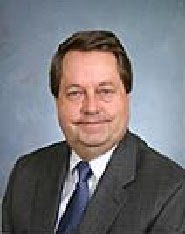 
William Brinton is an attorney and shareholder at Rogers Towers, P.A.  William earned his undergraduate degree from the University of Virginia and his law degree from the University of Florida.  He has been active in professional and civic life in Jacksonville, having served as president of the Jacksonville Bar Association, Leadership Jacksonville, Inc., and JCCI, and as well as Chair of the (former) Jacksonville Landscape Commission. William is currently Chair-Elect of the Board of Trustees of the Community Foundation in Jacksonville.
He is known locally for citizen advocacy and he was the co-author of three amendments to the Jacksonville City Charter passed through citizen initiatives.  William served on the national Board of Directors of Scenic America, Inc. for many years and has assisted in the formation of scenic organizations throughout the United States.  His practice involves the representation of local governments in constitutional and other challenges to their sign regulations, and he has represented clients in more than thirty federal appellate proceedings across the country.  Today, William is recognized as one the nation’s foremost authorities on the federal Highway Beautification Act and on the issues of land use, property rights, and the First Amendment as they relate to sign control matters.  He claims that it all started with his participation in the 1984-85 JCCI Study on Visual Pollution, chaired by Doug Milne, a Westside Rotarian for 40 years.


PP Vicki-lynne Gloger just recently returned from Germany.  She was  in Berlin visiting her stepson, Jared.

Rotaract New Home
Rotaract is getting a new "home"!  Beginning June 13, Rotaract will hold their meetings at River City Brewing!  The meeting is still on the 2nd and 4th Thursdays of each month.