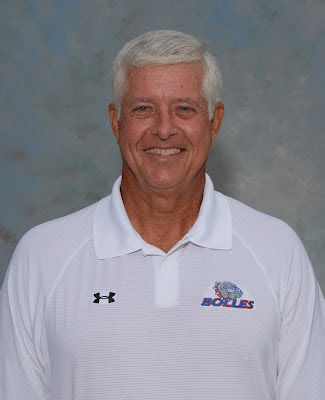 10 State Championships
Charles “Corky” Rogers' career as a high school football coach has spanned five decades, producing more wins than any other coach in Florida. In 2011, Rogers became just the eighth coach in the history of high school football in the nation to reach 400 wins.  He has guided the Bolles football program since the 1989 season, helping the Bulldogs to compile the most state titles of any football program in Florida.  In 2011, Rogers led Bolles to the program's 11th state title, increasing his own state records for wins to 411, state titles as a coach to 10, and playoff victories to 70.

The 2010 Bolles varsity football team posted the program’s fourth undefeated regular season in the last five years, won the 30th district title in program history, posted an overall record of 11-1, and advanced to the Region 1-2B Final.

The 2008 and 2009 seasons produced the first back-to-back state titles in program history, bringing Bolles’ state football titles to ten. Rogers recorded his ninth state title as the Bulldogs’ coach in 2009, increasing his lead in state championships among Florida coaches.  Bolles posted a 12-1 record in 2009, winning the program's 29th district title along the way. The 2008 Bolles squad went undefeated, notching 14 victories.

In 2007, the varsity squad posted a 10-0 regular season record, winning the district title, their opening playoff game, and reaching the regional final.  The 2006 season ended with Bolles’ eighth state title in program history and Rogers’ seventh as the Bulldogs’ coach.  Rogers tied the mark for most state titles among high school football coaches in Florida history.  The team also posted a 14-0 record to go along with district and regional titles.  In the 2005 season, he guided the Bulldogs to a 10-2 record, district championship title, and a region runners-up finish.

The 2004-05 academic year proved to be one of the most significant in Rogers’ coaching career as he guided the Bulldogs to the School’s seventh state title in football, became the all-time leader in wins among Florida high school football coaches, was inducted into the Florida High School Athletic Hall of Fame, and was named National High School Football Coach of the Year by the National High School Coaches Association.  He also shared in the Bolles Athletic Program being selected the ninth best overall program in the nation by Sports Illustrated and the 2005 football squad being named one of the top 25 teams to watch in the nation by Street & Smith’s.

Rogers has established this outstanding success by focusing on a single objective: developing his players into young men who possess the character-building skills necessary to win at football and life.

Nationally recognized by collegiate coaches for his skill in producing outstanding college football recruits, Rogers insists it is due to his team members’ dedication.  He requires them to play the game to the best of their abilities, maintain respect for their coaches and teammates, excel academically, participate in their communities, and make the right choices in every area of their lives.

Prior to Bolles, Rogers coached at his alma mater, Robert E. Lee High School, leading the Generals to playoff appearances in 10 straight seasons.  As a student-athlete at Lee, Rogers played for the 1960 state championship football team and the 1961 state baseball championship team. He is a graduate of The Georgia Institute of Technology where he lettered in football.

Rogers and his wife, Linda, have two daughters, Tracy and Jennifer, and several grandchildren. 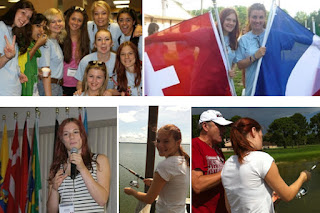 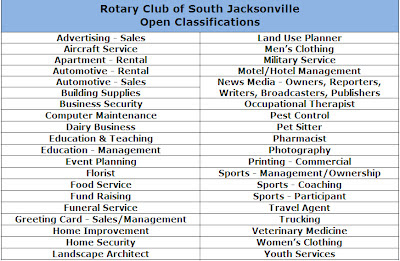 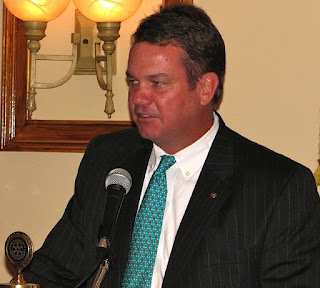 Macky Weaver, Senior Vice President of Sales & Marketing Jaguars,  spoke to the South Jacksonville Rotary about working with the Jaguars, the new ownership and changes for the coming year.