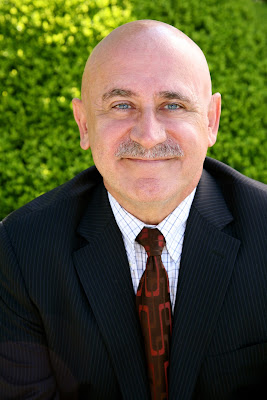 Jon Heymann attended the University of Florida where he received his master’s degree in education leadership and is currently in the process of completing his doctoral degree in education leadership at the University of North Florida.  He is a Florida Board Certified Addiction Professional (CCJAP) with a specialization in Criminal Justice.  He has written a substance abuse curriculum and has assisted the Certification Board of Florida in establishing standards for the Certification of Addiction Professionals.  Jon serves on various national and state boards including Foundations Inc., the University of Florida’s Lastinger Center for Education, and has served on the boards of North East Florida Council on Alcohol and Drug Abuse and the Jacksonville Children’s Commission.  Jon’s professional background of working in private ministry, public penitentiaries and substance abuse programs has led him to his current position of Chief Executive Officer of Communities In Schools of Jacksonville which he has held for the past 14 years.

Dale Malloy in the News
The Florida Times Union and the St. Augustine Record recently announced Dale Malloy's replacement, Valerie Collins, as CEO of The Blood Alliance as of this October.  The articles can be found at http://jacksonville.com/news/metro/2012-05-30/story/jacksonville-journal-fire-safety-still-delay-new-duval-courthouse  and   http://staugustine.com/news/local-news/2012-06-02/new-blood-alliance-leader-named#.T8024VIbJ8E

For The Purpose of Doing Good In the World 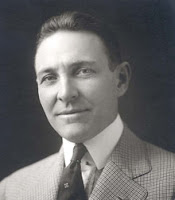 F or a man best known as the father of The Rotary Foundation, Arch C. Klumph was modest about his role in its creation.
In 1928, he listed three accomplishments that gave him "more satisfaction than any other contributions to Rotary" -- and launching the Foundation wasn't among them.
Instead, he emphasized his role in writing Rotary's constitution in 1915, which he asserted "gave Rotary International its first centralized power and made all the Objects and fundamentals of Rotary universal." He also took pride in establishing attendance reports and in being the first to insist upon founding a European branch office of Rotary International.
Klumph was born in the small town of Conneautville, Pennsylvania, USA, on 6 June 1869. When he was a child, his family moved to Cleveland, Ohio, where he would later become a member of the Rotary Club of Cleveland. In 1914, he was elected a director of the International Association of Rotary Clubs and served on the Constitution and By-laws Committee and the Executive Committee. He was elected Rotary's sixth president in 1916, five years after he became a Rotarian.
Near the end of his term as president, at the 1917 international convention in Atlanta, Georgia, Klumph reminded Rotarians that "Rotary is at the present time entering a new era, demanding improved methods in administrative machinery, with which to carry out the splendid principles which have been laid down heretofore." He defined six points of action, including an endowment, which would later become The Rotary Foundation:
"Carrying on, as we are, a miscellaneous community service, it seems eminently proper that we should accept endowments for the purpose of doing good in the world, in charitable, educational or other avenues of community progress, or such funds could be well used for extension work."
Through Klumph's simple yet profound statement, the Rotary Endowment Fund was born. The first contribution was made by the Rotary Club of Kansas City in 1917. By 1928, when the RI Bylaws were amended to change the name to The Rotary Foundation, the endowment fund had grown to over $5,000.
In 1929, the Foundation made its first grant: $500 to the International Society for Crippled Children , as requested by the donor, Rotary founder Paul P. Harris.