Lunch is served at Noon, Meeting begins at 12:30 pm 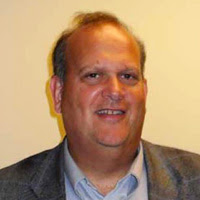 
Alan Abramowitz is the Executive Director of the Florida Statewide Guardian ad Litem Program. He is a leader with a deep understanding of the needs of Florida’s dependent children – he began as a Guardian ad Litem volunteer himself in 1987.  Before being appointed as the Executive Director, he had been with Florida’s Department of Children and Families since 2000 when he served in a variety of leadership positions including State Director for Florida Child Welfare Office, Regional Director for Miami-Dade, and Chief Legal Counsel for the Central Florida area.  Alan also worked as an Assistant General Counsel for the Florida Department of Juvenile Justice for four years, an assistant state attorney, and an assistant public defender.

Alan has served on various committees including, the Florida Bar Chair of the Rules of Juvenile Procedure; and Chair of the Florida Bar Legal Needs of Children Committee.  Alan has appeared three times before the Florida Supreme Court advocating for rules affecting children in dependency court. As soon as the Governor appointed Alan as Executive Director in December 2010, it was clear that he was more than a government agency head – he was a knowledgeable, passionate leader.  He began his term as Executive Director by going through volunteer training,  traveling across the state listening to Guardian ad Litem staff and volunteers; to the abused, neglected, and traumatized children they serve; and to the judges who must make tough decisions about children’s lives in dependency court.

With that understanding, coupled with a career dedicated to children and child welfare, Abramowitz now leads more than 10,000 volunteers reaching more than 25,000 of Florida’s most vulnerable children.  His approachable style and can-do attitude has led to some of Florida’s most effective advocacy initiatives including a transportation program permitting volunteers to transport children.  The program enhances normalcy for dependent youth, and betters relationships and communication between volunteer child advocates and the children they represent.  Abramowitz was also key in the passage of the “Let Kids be Kids” bill which promoted normalcy for children in foster care and allowed foster parents and other caregivers to use their judgment in letting children participate in activities without the red tape of getting permission from a social worker.  Last year, Alan supported “Keys to Independence Act” which establishes a three-year pilot program to cover the costs of driver’s education, licensure and auto insurance for qualified foster children. It would also cover the costs for foster parents to add kids to their motor-vehicle coverage.  Under Alan’s leadership, the Guardian ad Litem Program has been recognized with the Angels in Adoption Award in 2012 by the Congressional Coalition On Adoption Institute, the 2012 Eagle Award Winner of the Prudential Davis Productivity Award, the 2013 Davis Productivity Award, the Minority Chamber Award for “Best Public-Private Partnership” 2013, and the 2014 Administration on Children, Youth and Families Commissioner’s Award.


A bit about our new member - Jerry Power 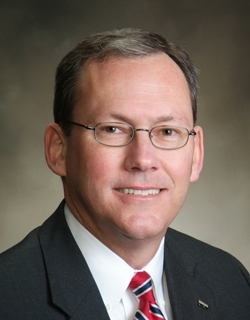 Jerry is a Native of Jacksonville,  he married his high school sweetheart 31 years ago.
Jerry and Linda have three children, two live in the Brunswick / St Simons Island area, and one is entering her sophomore year at Georgia College and State Univ as a special education major.
Jerry graduated from Georgia Southern Univ with a degree in Finance, and an MBA from the Univ of North Florida.

He has been with SunTrust for 19 years.  As a Client Advisor in the Medical Specialty Group, Jerry works with a team of experts whose focus is to bring comprehensive and customized personal wealth planning solutions to physicians in our area.

Jerry enjoys fly fishing and spending time with family at their cabin in Western North Carolina. 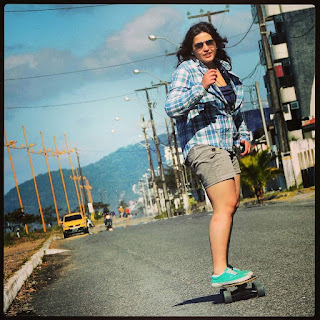 Please do your best to join the Gentry Family and PP Vicki-lynne  this Sunday, Aug 9 at 6 p.m. at the airport


And yes she is actually coming in on American Airlines, not the skateboard in the picture! 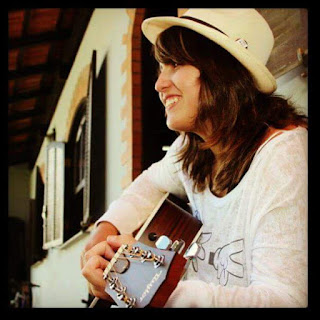 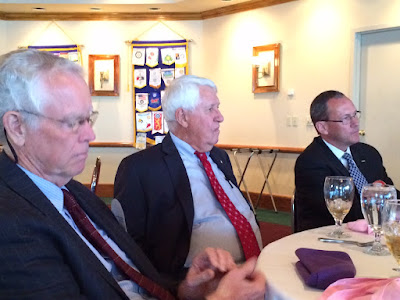 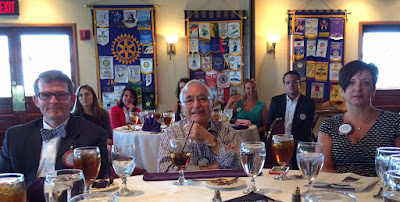 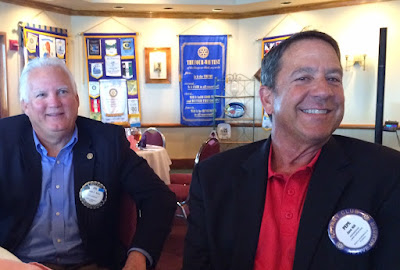 Our Club in Action! 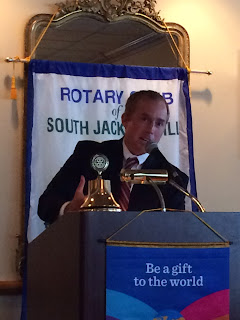 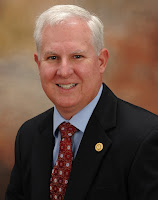 
Rotary International has themes for almost every month of the year and August is Membership/Extension month. As District Governor, one of my jobs is to encourage my fellow District Rotarians to seek out and invite potential new members to join us in “Doing Good in the World.”

Who do we invite, how do we find them and how do we hold onto them?  We hope to answer some of these questions during our August 15th Be a Gift to the World seminar. The interactive breakouts will provide opportunities to:
• Discuss your thoughts and ideas with actual Rotary Alumni we have invited to attend        the seminar and the best methods to engage Alumni in Rotary.
• Learn how to use three types of surveys to hear your members, and how to use the    survey to drive constructive change.
• Discover new ideas that will work in your own club to find high-quality members.
• Learn how satellite clubs, e-clubs and other new formats are allowing Rotary to adapt.
• Participate in breakouts on Foundation, Public Image and New Generations.

The seminar will be held at the Thrasher-Horne Center in Orange Park starting at 8:00am.  The cost of the seminar per Rotarian is $35.  Your registration includes a continental breakfast served from 7:00am-8:00am and a fantastic Italian meal for lunch. To register, simply notify your club president you plan to attend.

Want to experience our Polio Plus program up close and personal? A National Immunization Day (NID) has been planned for November 22, 2015. If you have an interest, look for the details at the very bottom of our district website or contact me.

Last, congratulations to almost 100 District Rotarian's who completed one of the Rotary Leadership Institute courses this past Saturday in Palm Coast and welcome home to the 25 Rotary Youth Exchange students after being gone for almost a year!


For more on these and all other events in District 6970, please go to www.rotary6970.org.
Yours in service to Rotary,
Fel
Fred “Fel” Lee
District Governor 2015-2016
Rotary International District 6970