Topic: The Impact of Manufacturing

Mike Templeton serves as the Vice President of Operations at Renessenz, LLC with manufacturing plants in Jacksonville and Colonels Island, Georgia.  With over 100 years of experience in manufacturing and innovation, Renessenz, LLC is a leading producer of Terpene based aroma, flavor and other specialty chemicals that are derived from natural occurring renewable and sustainable feedstocks. Mr. Templeton has been with this business since 1998.

Prior to joining the business, Mike served as the Plant Manager for Cytec Industries at its West Virginia plant, and also served as the Operations Director for the global polymer additives business unit within Cytec including operations in Rotterdam. 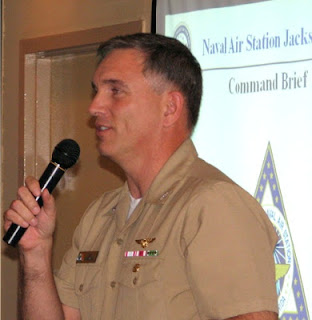 Captain Roy Undersander spoke to the South Jacksonville Rotary Club about operational changes at the Naval Air Station in Jacksonville. 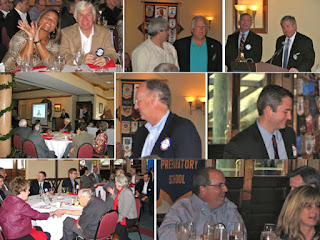 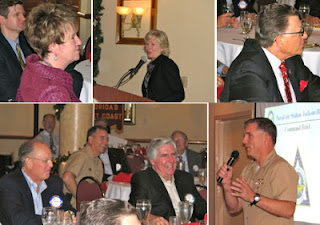 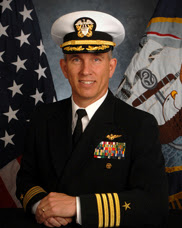 Topic:  Operational Changes Happening at the Base

A native of Saint Cloud, Minn., Capt. Roy Undersander joined the Navy in June 1987 through the Naval Aviation Cadet (NAVCAD) program.  Upon completion of Aviation Officer Candidate School, he was designated a NAVCAD and reported to NAS Whiting Field, Fla. for primary and helicopter flight training.  He was designated a naval aviator and commissioned as an ensign on March, 17, 1989.

Undersander reported to the HS-4 “Black Knights” in San Diego for his first sea tour.  He completed a deployment flying the SH-3H helicopter, before transitioning to the SH-60F and embarking on board USS Kitty Hawk (CV-63) for the 1992-93 work-ups and deployment.  During this deployment, Undersander participated in Operation Southern Watch and operations in Somalia.

In May 1993, he reported to HS-1 as a fleet readiness squadron instructor and assisted the squadron’s transition to the SH-60F.  While at HS-1, Undersander completed his Bachelor’s Degree in Professional Aeronautics through Embry-Riddle University.  He then reported to the HS-5 “Nightdippers” in May 1995 as quality assurance officer, tasked with assisting the squadron’s transition to the SH-60F/HH-60H. Undersander was embarked on board USS George Washington (CVN-73) during her 1996 deployment, participating in Operation Southern Watch.

In October 1996, he reported to Naval Strike and Air Warfare Center (NSAWC) in Fallon, Nev. as an instructor.  While at NSAWC, Undersander helped develop and establish the Seahawk Weapons Tactics Instructor (SWTI) course.  He was also selected to serve as aide to Commander, Naval Strike & Air Warfare Center in addition to his duties as an air wing instructor and SWTI.

Undersander reported to the HS-15 “Red Lions” at NAS Jacksonville as a department head in September 1999 and led the Tactics and Operations Departments.  HS-15 was embarked on board USS George Washington (CVN-73) during her 2000 deployment and participated in Operation Southern Watch, Adriatic operations, and multiple rescue/recovery operations.

In November 2001, he reported to Naval Air Systems Command, and was assigned to AIR 4.0P, Airworthiness Office.  During his tenure, Undersander oversaw several process improvement initiatives related to flight clearances, tactical manuals and NATOPS. Undersander then attended the Naval War College, in Newport, R.I., earning a Masters Degree in National Security and Strategic Studies in 2005.

In May 2006, Undersander reported to HS-5 as executive officer and then commanding officer.  During his tenure, the Nightdippers were awarded the Isbell Trophy and Thatch Award for anti-submarine warfare and anti-surface warfare excellence and completed a highly successful deployment in support of Operations Enduring Freedom and Iraqi Freedom.

The following members have been nominated to serve on the Club's Board for 2013-2015:

Additional nominations may be made by the membership up until the closing of nominations at our annual meeting on December 11, 2013.

What a Difference Today Makes! 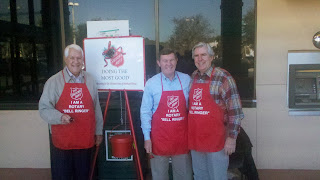 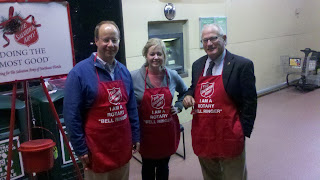 The Red Kettle was heavy at the end of the day, so we surely made a difference on behalf of the Salvation Army!  They also added “Rotary Bellringer” to the new aprons we used.

Shoot info: Shells provided for every shooter. Guns not provided.

Mail checks & registration form to:
Helen Skinner
3401 Philips Hwy
Jacksonville, FL 32207
If you have any questions, contact:
Helen at 904-391-3425
Helen.skinner@coastal-fla.com 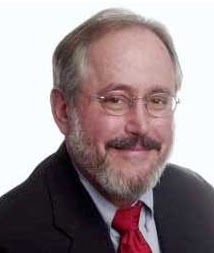 Ron Littlepage, Florida Times-Union Journalist, spoke to the South Jacksonville Rotary Club about the environmental impacts to the springs in Florida.
Posted by Patti C at 10:15 AM No comments:

South Jacksonville Rotary Club welcomes Ron Littlepage to the November 13th meeting.  Ron Littlepage has worked at The Florida Times-Union since 1978.  He began writing his opinion column in 1989.  He is a native of Texas with a degree in English from Baylor University.  He began his journalism career with United Press International in Houston in 1972.


Sign-up to Ring the Bell for the Salvation ArmyWednesday, Nov 21, 2012
Publix at Southside Blvd and Old Baymeadows Rd. 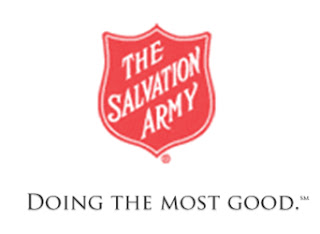 There is still an opportunity to help with this project-6 pm-8pm time slot is still available. 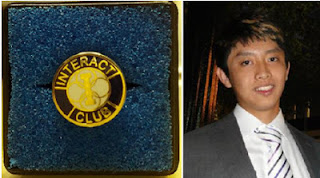 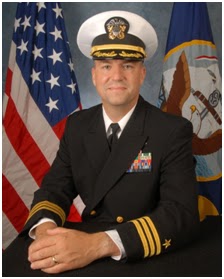 Commander David M. Gardella spoke to the South Jacksonville Rotary Club about his duty in Afghanistan working with the Afghanistan people on the Justice System.
Posted by Patti C at 4:16 PM No comments: