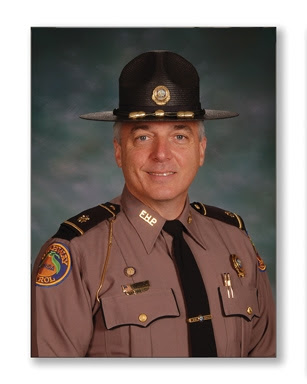 Chief Grady Carrick is a 30-year veteran of the Florida Highway Patrol who has spent nearly 20 of those years in troop and regional command positions in Miami and Jacksonville. He was the commander of Troop “G”, which covers the nine counties of northeast Florida from 1997 to 2009.  Since then he has overseen all operations for the Patrol from Jacksonville to Pensacola. He is a graduate of the 172nd Session of the FBI National Academy and he holds a Ph.D. in Civil Engineering, with an emphasis on Transportation Engineering, from the University of Florida. Chief Carrick has been an advocate and leader in promoting transportation operations and safety throughout his career, working with numerous public, private, and non-profit organizations in Florida and nationally. His professional experiences include leadership, management, traffic enforcement, traffic operations, emergency management, traffic incident management, work zone safety, and traffic crash analysis. Chief Carrick will be retiring from the FHP on October 31st, and he will continue working as a consultant to agencies and organizations who seek to make roadways safer and operate more efficiently. 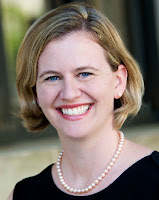 Lauren has accepted a new position with the YMCA of Florida’s First Coast. Starting October 15th she will be the Regional Director of Development.  Her last day with Dreams Come True is October 4th.
Recap of the October 2nd Meeting
Greeter:  Joy Hardaker
The Pledge of Allegiance & Prayer:  Jason Burnett
Introduction of Visitors & Guests:  Mary Goldsmith
Sports Update:  Jeremy Miller 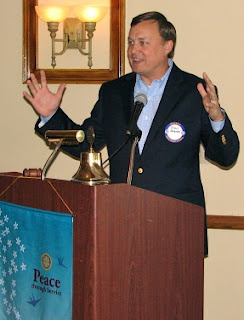 Alan Verlander, Executive Director of Sports and Entertainment for the City of Jacksonville,  spoke about the sporting events he is currently working to bring to Jacksonville. 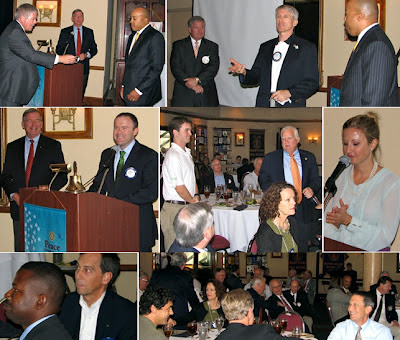 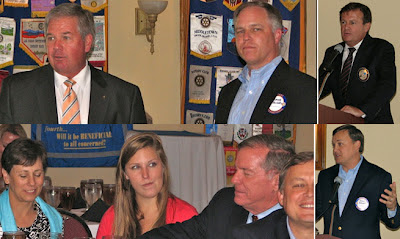 We welcomed a new member, Roy Neal of CSX.  PP Robert Meek gave the charge.  You can learn more about Roy when we feature him in an upcoming edition or by sitting with him at lunch!!!  Roy will be greeting at the door for the next few weeks.
Katie Lanahan (Pres Jim's daughter) left for a teaching assignment in the Orient.  She will be gone for 18 months.