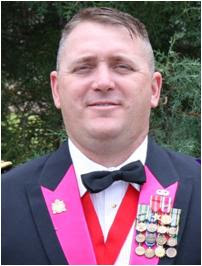 On 24 March 2011, LTC Dan Schnock began serving as the Director of Soldier Ride for the Wounded Warrior Project.  Prior to this assignment, he served 22 years in the United States Army as an Ordnance Officer.  During his career he was deployed four times operationally.

Dan Schnock was deployed in our nations support numerous times.  He deployed to Desert Shield/Storm/Provide Comfort in 1991 as a young Platoon Leader.  He then deployed as a company commander into Bosnia as the implementation force after the signing of the  Dayton Peace Accord in 1994.  In 2001, Dan was deployed to Kosovo with the 101st Airborne and 3rd Infantry Division as the Division Material Maintenance Center Chief.  After September 11th 2001, Dan was deployed with the 3rd Infantry Division to Iraq ins support of Operation Iraqi Freedom.

Dan Schnock is married to his best friend, Susan, for the last 19 years.  They have a son, Daniel Wilson Schnock and daughter, Victoria Schnock.

The following candidate has been approved by the Board for your consideration into membership:   Paul Frase, sponsored by President Odette Struys.  The proposed classification is Life Insurance.  Anyone having any objections, please submit it in writing to the Board within ten (10) days.