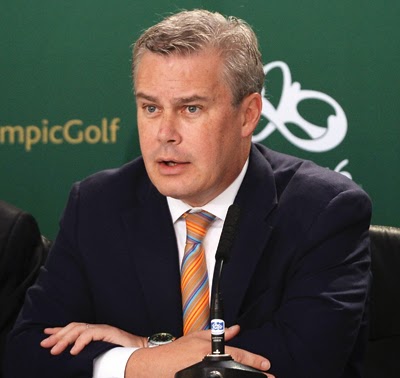 Please Welcome Ty Votaw
Ty Votaw is the PGA Tour’s new chief marketing officer in a role that has him overseeing branding, communications and advertising.

The tour quietly made the move last August and decided against making an announcement because Votaw’s responsibilities will largely be the same as they have been in the past.

Votaw moves into the CMO job that previously was held by Jay Monahan, who was promoted to deputy commissioner on April 1. Global Commercial Officer Tom Wade, who oversees corporate marketing and long-term planning, had the CMO job before Monahan.

Both Wade and Monahan were deeply involved in sponsorship sales, but Votaw, who also carries the title of executive vice president, will be more focused on the tour’s numerous brands and advertising. Those brands include the three major U.S. tours — the PGA, Champions and Web.com — as well as the international tours in Latin America, China and Canada.

“They are all distinct brands and there are various elements within that portfolio of brands,” Votaw said. “The Presidents Cup goes to South Korea next year, and we’re already working on how to market its first trip to Asia.”

Votaw, who joined the PGA Tour in 2006 as executive vice president of international affairs, also will be involved in an evolving initiative between the PGA Tour, LPGA, PGA of America, Masters and U.S. Golf Association to grow the game, both from a participatory standpoint as well as an entertainment and competitive standpoint.

PGA Tour Commissioner Tim Finchem has been on the forefront of the PGA Tour’s work with the other golf entities, and Votaw will collaborate with them as well on related marketing efforts.

Regional competition began this week for Southside Rotary’s 2015 Oratory Competition featuring seniors from 24 First Coast high schools. Congratulations to Olivia Ade of Episcopal for winning the first regional. A total of six regional winners will meet in a final competition February 12 at UNF. With the help of 6 First Coast Rotary Clubs, 121 Financial Credit Union and the University of Florida Proton Therapy Institute, $10,000 in scholarships will be awarded to the winning students. If you would like to add to their scholarship funds, please make a donation to GoFundMe.com/gt3tm8 and share this opportunity with others. 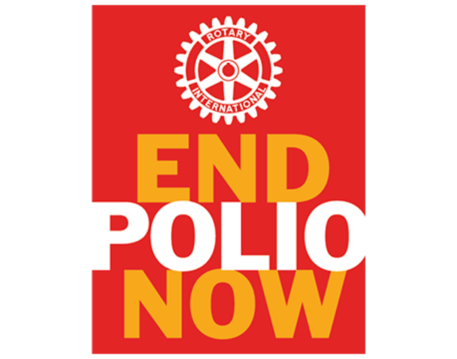 Jacksonville area "Jersey Mike's Subs" stores have selected The Rotary Foundation and our End Polio Now campaign as their charity of choice for the annual Giving Day in March!!

Do you shop through Amazon? If so, you can help increase our Charity Foundation's donation potential by spreading the word about AmazonSmile.
Amazon donates 0.5% of the price of your eligible AmazonSmile purchases to the charitable organization of your choice.

Sign in to http://org.amazon.com and click on Marketing Tools to access customized online tools to let your supporters know that their AmazonSmile shopping can support Rotary Club Of South Jacksonville Charities Inc.

Share this link with friends, family, employees and volunteers:
http://smile.amazon.com/ch/59-3750282 and ask them to choose Rotary Club Of South Jacksonville Charities Inc.

Minutarian Minute Week 30
January is Rotary Awareness month. So I will use this theme to introduce a new word: Rotatunistic – a combination of the words “Rotary” and “opportunistic”. Rotatunistic would be defined as the propensity of a Rotarian, or group of Rotarians, to be aware solely for the purpose of recognizing and seizing an opportunity to advance the mission of Rotary in a major way. A good example of this recently took place when two intelligent and enterprising Rotarians from our District sat in the owner’s box with Shad Kahn at a Jaguars game. They left the owner’s box with tickets for two club seats, donated by Jags owner Shad Kahn, for this year’s Super Bowl in Phoenix. Next, along with a few other talented Rotarians in our District, a plan was hatched to auction these tickets. The proceeds from this auction will go to the End Polio Now campaign. By being Rotatunistic, the efforts of these Rotarians will likely result in an additional $20,000 to $30,000 going toward the End Polio Now campaign!

Being Rotatunistic starts with an awareness for Rotary. What better time of the year than January, Rotary Awareness month, for all of us to become more Rotatunistic!

February 7: Our second Rotary Leadership Institute will be conducted at the Orange Park Campus of St. Johns River State College. Be there for the information, for the fellowship and fun, and for the outrageously good gourmet food! Yum!!!

May 8-10: District Conference and Assembly at the Flagler College campus in St. Augustine. Book your hotel reservations now because this is the PGA’s TPC weekend and rooms are going fast. We will be conducting the Conference on Friday, the Assembly on Saturday and enjoying some fun and fellowship on Sunday – at least until noon.

Yours in service to Rotary, 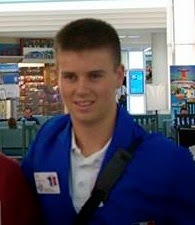