JOIN US AS WE WELCOME DR. QUINTON WHITE

TUESDAY, AUGUST 30, 2011
WE WILL BE MEETING AT JACKSONVILLE UNIVERSITY
MARINE SCIENCE INSTITUTE
Lunch/Program begins at Noon this week 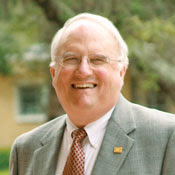 Quinton White was originally from Norfolk, Virginia. He received his B.S. degree from N.C. Wesleyan College and his M.S. degree from the University of Virginia. Dr. White joined the faculty at Jacksonville University in 1976, having completed his Ph.D. at the University of South Carolina at the Baruch Institute for Marine Biology and Coastal Research. In 1978, he established the major in marine science at Jacksonville University. He has served as Chair of the Department of Biology and Marine Science, Chair of the Division of Science and Mathematics and Dean of the College of Arts and Science. In July, 2008, he was named Executive Director of the Marine Science Research Institute and charged with development and construction of a 32,000 sq. ft. LEED certified facility.


The MSRI opened in July 2010. The MSRI is an interdisciplinary institute that focuses on the St. Johns River and other marine environments. Dr. White is chair of the JU Campus Sustainability Committee and is developing a campus wide sustainability policy and program.

He has been active in marine science education, and research concerning the St. Johns River and the impact of man on marine ecosystems. His marine science research has taken him to China, South America, the Galapagos Islands, the Bahamas and Australia. While most of his research is done on the surface of the sea, he has been down to 1,500 feet in the Johnson-Sea Link submersible to do research on deep-sea crabs. Dr. White has written numerous research and technical papers or reports and received grants and contracts to support marine research at JU. Currently he is conducting research on manatees and king mackerel. Dr. White serves as a consultant with the City of Jacksonville Waterways Commission on manatee and water quality issues.

Dr. White was named American Council on Education Fellow for 1997-98 at Elon College, North Carolina. He was recognized in April 2000, by the Jacksonville Chapter of the Florida Association of Environmental Professionals with their Continuous Professional Achievement Award. He was a Founding Member of the Board of Director of the St. Johns Riverkeeper, Inc. and received their River Advocate award in 2008. He serves on the boards of several local civic organizations. Hands-On Jacksonville awarded Dr. White the “Nature of Caring Award” in 2009 for his voluntary service to the environment.
Dr. White is married to Dr. Susan Hite White, a pediatrician who practices in Mandarin. They have three children. In his spare time, Dr. White enjoys cooking, hunting, fishing, scuba diving and golf.

Type the address below into your GPS:


Last Week At A Glance 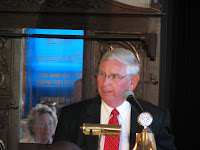 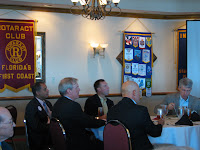 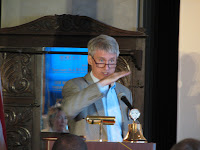 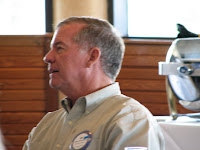 PP Mike gives a thought for the week while PE Jim has many thoughts...... 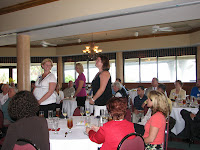 Bob Massey hosted his own table at lunch this week! 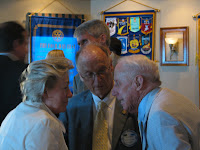 Warner Webb and his wife, Sherrie, talk things over with PP Al Wilkinson