SPORTS DAY - WEAR YOUR TEAM COLORS!!
Celebrate the kickoff of football season at our tailgate-themed meeting. Wear your team colors. The Rotarians of the most represented team get bragging rights and will lead us in their school fight song / cheer, so don't forget to dress! 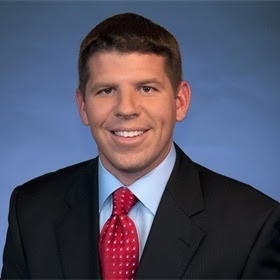 Brent is the Sports Director for FOX30/CBS47.  He joined the station as the Assistant Sports Director in March of 2008.  You can catch Brent anchoring CBS47's and FOX30's weekend broadcasts and reporting during the week.  He is also a Radio host on 1010XL/92.5FM as well as a Radio sideline reporter for the Jacksonville Jaguars.


He comes to Jacksonville from an award-winning sports department in Albany, NY. Brent was part of a sports team that was a two-time winner of the New York State Broadcasters Award for best sportscast and Brent also won a regional Edward R. Murrow award for sports reporting.

Prior to his five year stint in Albany, Brent worked for WPRI/WNAC-TV in Providence, RI and for KLAX-TV in Alexandria, LA.  He covered the Patriots run to the 2001 Super Bowl Championship.  He's also had the opportunity to report from the 2004 and 2007 World Series -- both championships won by his favorite Boston Red Sox.  Brent's had the fortune of being at some big time events, but really enjoys telling stories about the local athletes -- professional and amateur.

Brent graduated from Ashland University in Ashland, OH in 1999.  He played outfield for the Eagles team that made it to the Division II College World Series in '99.  He's originally from East Providence, RI.

Brent lives in the Jacksonville area with his wife, Stefanie and twins, Tyler and Kaylee.

PET Mobility Project!  We still need 10 people to help Saturday, October 12, 2013 at Penny Farms to build scooters!!! The gift of mobility to millions of people in developing countries who are unable to walk! We will be building three-wheeled, hand powered scooters for physically challenged individuals who have lost mobility due to landmine explosions, illness, birth defects, disease or accidents!


Volunteer to build PET parts on Saturday, October 12th from 9am - 12pm.

Second Harvest Can Food Drive Starts Tuesday!!
Don't forget to bring in 3 to 5 can goods or non perishable food items starting Tuesday!! Club goal is 300 items!!  For those who what to make check donation, please make checks payable to Second Harvest (EIN# 59-1965600) so you get your IRS filing credit. Thank you!! 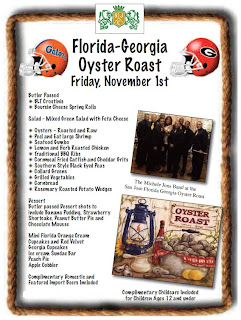 It is the best party you could possibly attend the evening before the big game with great food and entertainment!


Congratulations to Richard Miller, son of member Joe Miller, for being selected to host the radio Play by Play for the Jacksonville University (J.U.) Dolphins football team's 2013 season.  Follow Richard on his website at www.milleronsports.com or Twitter at @MillerOnSports


Rotary "on the Road"

DG Art's message this week announces September as New Generations month on the Rotary calendar, which is now referred to as Youth Service month.  In the Rotary world, Youth Service includes Youth Exchange, Rotaract, Interact, Early Act, Rotary Kids, RYLA, etc. Thereby, engaging in all aspects of service with our next generations of Rotarians.

DG Art encourages clubs not engaged in Youth Service to "get engaged".  The RYLA program is one of the best, and our Interact Summit is being planned for mid October.  Clubs that have not already submitted their intention to host an exchange student next year should do so this week.