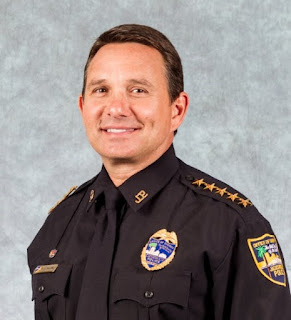 On Tuesday, May 19, 2015 Mike Williams was elected Jacksonville's fifth Sheriff since consolidation and took the oath of office on Wednesday, July 1, 2015 for a four year term.
Born and raised in Jacksonville, married, and raising a family of three sons here, Mike served in the Air National Guard, and began his successful career at the Jacksonville Sheriff’s Office in 1991.
As a young patrol officer, he worked ”the beat” in downtown Jacksonville. Mike began early on to develop relationships with citizens and business leaders. He quickly earned a reputation as a police officer who cares about people and likes to help them solve problems.
Mike earned his way to the appointed position of Director of Investigations and Homeland Security, where he led the effort to bring the Jacksonville community and North Florida Region as much Homeland Security funding as possible. With more than $10 million in grants awarded locally, JSO deploys some of the most advanced technology available today in its battle against domestic terrorism, the drug trade, and organized crime. As a result, JSO is saving taxpayers millions of dollars.
Mike Williams retired from service in July 2014 as the appointed Director of Patrol and Enforcement, where his commitment to reducing and preventing crime involved managing a budget of more than $100 million and the 1000-plus sworn patrol officers who protect our great city.
Mike has accomplished a lot during more than 23 years with the JSO. Throughout his ascent to the department’s top tier of executive management, Mike Williams has never forgotten that the agency’s success depends on all officers listening to the community they serve. He is constantly in search of how to best address criminal activity that threatens our quality of life.
Mike Williams demonstrated his readiness to lead the JSO when he:  led a nationally recognized SWAT (Special Weapons and Tactics) Team identified and implemented programs to better fight sexual predators and offenders developed narcotics and gun crime fighting units considered by state and federal agencies to be among the best law enforcement “partners” on complicated cases  worked closely with government agencies to secure our Seaports and their enterprises and advanced JSO’s commitment to training for the bomb squad and dive team, resulting in both specialties now nationally recognized for their training expertise. 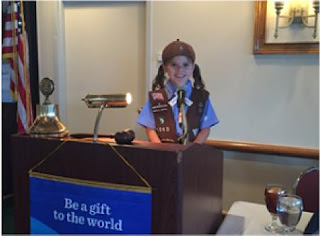 Great Job-thanks to everyone who participated!


Tayla's Year with us is Ending - Come and meet us for the Send Off at JIA! 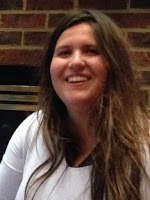 
We will meet at JIA around 10:00am on July 6th to say goodbye to Tayla.  It has been a fast and fun year and we will all miss her!  More details to follow. 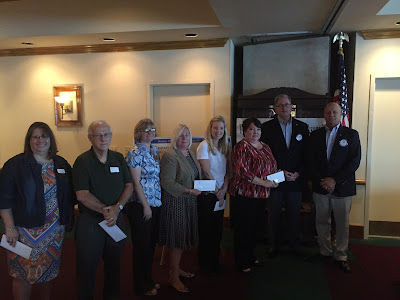 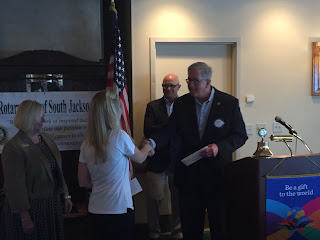 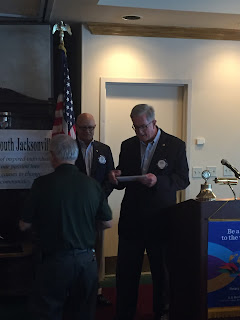 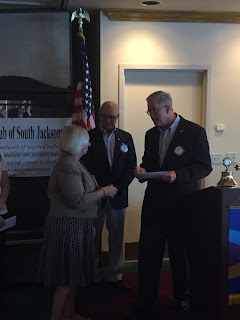 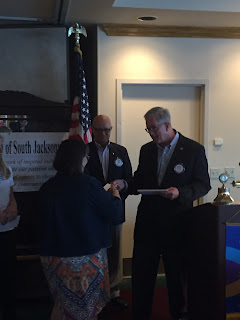 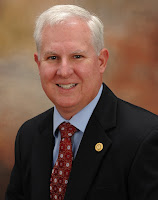 Did you know that Rotary has official media channels including a YouTube channel? You can find a wealth of Rotary themed videos you could use during your next club event or to share with a prospective member.  Video subjects range from Polio, to the recent Seoul convention, to one of my favorite videos promoting Rotarians, called “We’re Rotary – There’s No Limit to What We Can Do.”

Expand your Rotary world by joining a Fellowship and start making your plans to meet members of your Fellowship at the next convention in Atlanta on June 10-14, 2017. Registration for the 2017 All Star Conference and Rotary International Convention is now open. The convention in Atlanta will be one of the largest, if not the largest, conventions in the history of our organization.  Complete details about the packages and a link to register can be found on our District website or on the All Star Conference website, http://allstarconference.org/.


Conference Notes:
• 2017 District 6970 All Star Conference will be held in Atlanta on Thursday and Friday prior to the International Convention. We are the only District in the Rotary world to combine conference and convention.
• A limited number of hotel rooms have been set aside for District 6970 at the Atlanta Sheraton (Downtown), the location of the All Star Conference.
• Registration opened May 28th.  The price for both the conference and convention will be $600.
• Find all the details regarding the fun and festivities scheduled for June 8-14, 2017 in Atlanta, GA.  at the All Star Conference website, www.AllStarConference.org.
• Still have questions?  Send an email to allstars@rotary6970.org.

UPCOMING EVENTS:
June 16-19: RYLA @ University of North Florida
June 30: All remaining contributions to The Rotary Foundation are due for 2015-2016 Rotary year